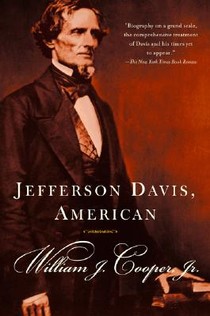 From a distinguished historian of the America South comes this thoroughly human portrait of the complex man at the center of our nation's most epic struggle. Jefferson Davis initially did not wish to leave the Union-as the son of a veteran of the American Revolution and as a soldier and senator, he considered himself a patriot. William J. Cooper shows us how Davis' initial reluctance turned into absolute commitment to the Confederacy. He provides a thorough account of Davis' life, both as the Confederate President and in the years before and after the war. Elegantly written and impeccably researched, Jefferson Davis, American" is the definitive examination of one of the most enigmatic figures in our nation's history.